Is Syd-Core the latest thing in Australian music? Is it even a thing?

Don’t be too hard on yourself if you’ve never heard of Syd-Core. Most people haven’t. It’s a new genre of music invented by the boys of Rough Cut Punt, a “Sydney band based in Sydney.” Did we mention they’re from Sydney?

Syd-Core mashes together Syd-Wave and Hard-Core. Don’t know what they are either? Beginning to think you’re in the wrong place? Don’t panic.

Syd-Core is “Tasty, crusty rock, man,” as described by the dishevelled lead guitarist. There’s also a drummer, a base guitarist and a singer/songwriter. Together, they form a motley crew who believe they aren’t constrained by the bounds of genre.

Is that just a classy way of saying you don’t know what the hell you’re playing, or is Syd-Core actually the next big thing in the Music industry? With songs entitled Fuck Me I Look Good Today and You’re A Little Cunt, the band’s connection to Australia’s young population is next level. These bros are lit, and it won’t be long before people start to realise.

Rough Cut Punt’s first album has just come out, and it’s going pretty well. With their fingers in the air, both metaphorically and physically, these boys are carving a new path for themselves in a difficult industry. Maybe looking like they don’t give a shit is a clever strategy to coming out on top.

Either way, now you know. Syd-Core: it might be a thing. 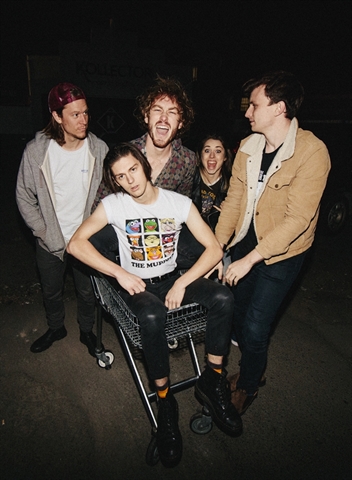